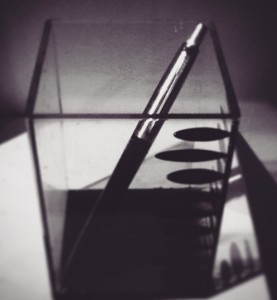 I seem to have a story, quip, or adage for every possible moment. I often write these down, telling myself that some day when I’m sitting in my little apartment over a pub on the Dingle peninsula working on my next novel these scraps of stories and characters will come in handy. However, as I have sat staring at this blank word document attempting to reflect on silence for the past four weeks not one of these scraps has come in handy.

I haven’t been experiencing the external silence I was yearning to write about. I faced an internal silence – writer’s block. This rut I was stuck in while being stared down by a blank word document is not vastly different from the rut I often feel when isolated from my religious community.

When I first arrived in Morocco, I was told an adage about travel that didn’t make the list, but should have. ‘When you are in a place for a week you can write a novel, for a month you can write an article, and when you are there for a year you have nothing to write.’ As you become accustom to a practice and a culture it becomes the norm. The same phenomenon occurs in the course of ones religious practice.

What happens when one develops spiritual writer’s block? Many practitioners or organized religion have been practicing in the same tradition for years if not decades. They participate in the same communities with similar people worshipping and creating community in the same way. Does the practitioner still have something relevant to say? How do they go about finding a fresh perspective?

Now, this is not an evangelical how to blog post – 10 Easy Ways to Rekindle Your Passion in the Chapel – but perhaps looking at a few authors’ suggestions might serve as a nice road map. When I struggle with my own bouts of writer’s block I often turn to the all-knowing Internet to find how the best deal with a similar problem. Without fail the top advice is always to set a routine for yourself.

While this sounds like reinforcing the problem perhaps the ‘yourself’ is more important than the ‘routine.’ We often rely on the timing of exterior factors to determine when we take time for religion. Whether that is the placement of the sun or a priest changing the time of mass this routine is not uniquely yours.

When I stepped back and took the time to worship and reflect on my own, my perspective was refreshed. I developed a relationship and point of view that I could not have built on someone else’s schedule. It takes a personal routine to break down a personal block.

Sophia’s Pockets is a website dedicated to global spiritual journeys intent on sharing wisdom beyond walls.
View all posts by Sophia's Pockets →

One thought on “Silence and Writer’s Block”