Each year during Lent we need to hear once more the voice of the prophets who cry out and trouble our conscience.–Pope Francis

Coinciding with the Christian season of Lent, a season of global resistance, and a heightened need for interfaith/multifaith/spiritual/atheist collaborations and wisdom, we here at Sophia’s Pockets have begun a new season as well. 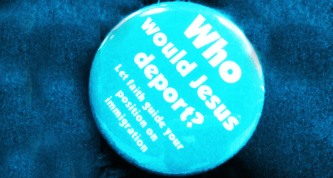 We have refined our vision, with renewed focus on justice and compassion. We have dropped the word “searching” from our title as an acknowledgement that we all posses divine wisdom and are always worthy of love.  In these times when many of the world’s religions are being used to foster hatred and sow distrust we seek to share global spiritual journeys that resist boxes and boundaries, that tear down fences, that are, in short stories of wisdom beyond walls. We yearn to hear wisdom that indeed troubles our conscience, that helps us fast from feelings of indifference, and feast on love instead. To that end we are excited to announce our new yearly theme: Radical Wisdom.

So consider this your radical, unconditional welcome to join us as we leave our searching behind and step boldly into a season of spiritual resistance. 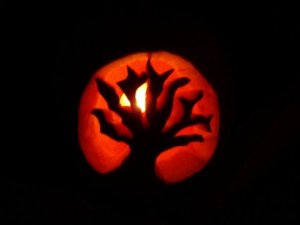 This month at Searching Sophia’s Pockets, we are focusing on the theme of SAFETY. Often what makes us feel safe says a lot about what we are afraid of, what we cherish, and who we are as human beings. We invite you to look deeply and tell us how safety and your spirituality connect. If you are lacking inspiration for your submission, here are a few questions to get you started:

If you are lacking inspiration for your submission, here are a few questions to get you started:

In honor of our theme of Hunger, we will do a series of food-based prayers this month! Enjoy and don’t for get to submit your own prayers!

I hunger for a pause,
a break in my day, my week, my overly-busy life.

Let this dinner bring me the peace I crave,
and let it remind me of the joys of slowing down.

I live in a country where the day and time you were born is believed to set your course in the stars. Being born in the Chinese year of the snake, they say I was given bright eyes and the ability to shed my skins, slither out of houses and homes and countries and places and change my scales at will. I look back and I see my layers spread out across the mountains and plains, only as strong as my memories or writings or letters from friends who know what I am despite my many faces.

The sermon on the mount tells me to be meek and merciful, salt and light, a lily of the field and a rock foundation. It’s not shedding skins- it’s putting new ones on, layer by layer, pieces of creation teaching us lessons and molding our spirits like the very air we breathe.

“Good tress bear good fruit,” he says, and I think of the roots deep in the ground and of the fragile leaves that can be plucked by any passing hand. I think of the colors changing and the rings being added like new life veins every year, each one telling a story, each one reminding me the trees might have a better understanding than I do of spirituality and change and strength and weakness wrapped into each other like DNA strands.

I breathe deep and reach into myself to find that strong foundation, the hymns buried in me singing of God’s everlasting love and faithfulness. I look to the times when I was the most child-like in my wonder and belief in good, and I know that is when the bigness and smallness of the sermon on the mount is beginning to touch my insides and mold me into something new.

I embrace the antonyms and realize the human spirit is allowed to be controversial, because it’s simply big enough to be everything at once. So I decide to be a snake, and a tree, and a human being, and learn the lessons set out before me.

Today we would like to share a lovely post by a member of our community who has chosen to remain anonymous. This short poem touches on the changes of life and death, and the ways our life changes are reflected in the natural world that surrounds us all.

Leaves drying, dying
Dancing to eternity
Winter strips them bare
Time: the constant change
Opposite to opposite
From life into death
Where a sun may set
Or a moon may rise, striking
Silence answers all

The season of change is upon us. School years starting, seasons changing, lives changing.

We want to hear about how change has changed you. We want you to submit your thoughts, ideas, posts, and pictures on change and your spiritual journey.

If you need help getting started, try and answer one of these questions:

We can’t wait to hear from you!

I am getting ready to move on again. I am moving from one European country to another. Leaving friends I love behind, hoping to meet new ones. During times like these, you know, the stressful ones, full of bittersweet emotions and a need to let go, I find myself turning to prayer. So here is a prayer I wrote to help me move on, from a bad situation, or a good one. It is about movement and about change.

A Prayer for Moving On

Let me embrace the new movements in my life,
help me release the past’s grip on me,
so that I may find space to embrace a new future.
Bless my new path with relationships that sustain me,
wisdom to guide me,
and love to empower me.
Help me find the strength to move on,
from this place, from this time,
into the bright unknown that is my future.

Today’s post comes from Hailey Kaufman, who studies philosophy, biology, and religion at Webster University in St. Louis, MO.  Her post advocates for the possibility of  spiritual awakenings of atheistic communities, and she’s not talking conversion here folks! What Hailey offers us is a great deal of wisdom, and love, and intellect, on spirituality for everyone, regardless of their beliefs. You can find more of Hailey’s work on her Tumblr and her personal blog.

Coming from a community of a non-theistic persuasion, I notice a great deal of hostility toward the word “spiritual.” Most atheists with whom I spend my time never use this term, some making a strong attempt to avoid it. Even Tim Minchin, a fantastically intelligent musical comedian, whom I admire for his gift with words, has claimed he is not spiritual at all.

What bothers me is I can tell that he is. Look at his poem “Storm” in which he revels about the vastness and beauty of the corporeal world:

Isn’t this enough? Just this world? Just this beautiful, complex, wonderfully unfathomable, natural world? How does it so fail to hold our attention that we have to diminish it with the invention of cheap, manmade myths and monsters?…I am a tiny, insignificant, ignorant bit of carbon. I have one life, and it is short, and unimportant, but thanks to recent scientific advances, I get to live twice as long as my great, great, great, great uncleses and auntses. Twice as long to live this life of mine.

The last portion of “Storm” is a spirited piece of writing. Minchin obviously feels a deep connection with something larger than he is. Whether or not his worldview involves “spirits” certainly does not dilute that fact that he feels spirited about his existence.

I want to argue that the spiritual life is something every human deserves. It is a practice, a way of being, that should be pursued regardless of one’s belief in gods or the supernatural.

Writers and speakers like Pierre Hadot and Alain de Botton have argued the need for spiritual guidance and exercises even outside the realm of religion. Hadot writes that according to a  Stoic-Platonic view of therapy, the spiritual exercise can be one of an array of practices. Attention (presence in the current moment), meditation (putting information into context with the big picture), intellectual endeavors (reading, writing, listening, research), and self-improvement activities are all, according to Hadot, ways to embrace one’s own spirituality.

De Botton argues that an atheism that simply rejects supernatural claims and stops there is “too easy.” The rejection should be just the beginning on a path to a more fulfilling, spiritual life. He suggests ways the secular world can “steal” from religious traditions in order to make the secular world more welcoming to spirituality – that is, more welcoming to ideas and exercises that enliven us at our very core.

De Botton holds that secularism should not be synonymous with stolidity. I would go so far as to argue that a fulfilled secular life cannot be without its spiritual moments. Think of the feeling you get when you lie out on a moonless night and survey the Milky Way above you. Think of the last time you felt a sense of awe, a stirring feeling in your gut that you’ve just witnessed something deeply important. Mysterium tremendum: a profound terror of the large and mysterious; mysterium fascinosum: a profound fascination with the large and mysterious.

These are not emotions reserved for the religious, nor should they be, and perhaps we should encourage them more actively in the secular realm. As complexly thinking and feeling animals, we each need a way to become orientated to our inner and outer environments, and that is precisely what spirituality is. A pupil of Epicurus, quoted by Hadot, puts the sense of the spiritual potently:

The walls of the world open out, I see action going on throughout the whole world…Thereupon from all these things a sort of divine delight gets hold upon me and a shuddering, because nature thus by your power has been so manifestly laid open and unveiled in every part.