By: Autumn Elizabeth, Editor in Chief 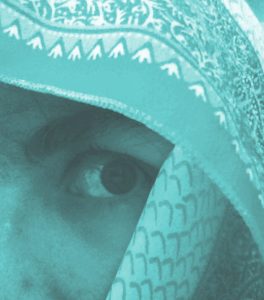 I’ll admit, I am not the most modest person in the world. In some senses I have worked hard on doing things that most people consider immodest, such as embracing my sexuality, loving my body, and having excesses of fun. So as I prepared for a trip to Morocco, it wasn’t that surprising that my closet contained virtually nothing that met the cultural standards of modesty there.

Despite all my travels, I’ve never been to a predominantly Islamic country before, so I wanted to make sure I was prepared. I researched what parts of the body I shouldn’t expose, and read copious articles on the mix of European and Moroccan values and fashion happening in places like Casablanca.

I found lots of diverging opinions on dressing modestly. Some people said ti was a political statement to wear whatever they wanted as women, others felt most comfortable adopting the fully traditional Moroccan dress. My favorite piece of advice, coming from a European woman who spent several months living in Morocco, was that she tried to embrace the cultural modesty while still being herself.

Of course, this isn’t simply a cultural question, but also a religious one as well, and I think it is important to respect both religious and cultural values as a traveler. So this brings me back to my closet, and its complete lack of what one might call “Moroccan Modest” clothing. Although I could go for the political statement, as I write this my partner is packing several sari’s I have acquired from around the world to help me cover what my clothing won’t. Hopefully this international hodgepodge of fabrics, and a Ramones t-shirt or two, will sufficiently allow me to feel like myself while embracing a new level of modesty. Hopefully, I will be able to respect the culture and faith of Morocco, while honoring my own. Hopefully, I will be prepared for modesty and presented with new ways of viewing this complex concept.

Autumn Elizabeth is a writer, scholar, and outlaw. She is the author of My Life as Herbst and the Editor In Chief at Searching Sophia's Pockets.
View all posts by Autumn Elizabeth →

3 thoughts on “Preparing For Modesty”