Today’s post on loss comes from A Syrian Girl, who writes from the midst of a war zone.  Like many many people in Syria today, she knows a great deal about loss. In her post, she shares the pain of loss, the wisdom of friendship and her honest request for prayers.

Being a Syrian and going through a lot during this hideous war, I have lost hope for anything good in this life. I don’t think that there is a single Syrian who lives inside Syria who hasn’t lost a dear person from his/her family or friends, a house, a neighborhood, or even a city. And the story that surrounds these losses is always too ugly.

The story that I’d like to share is about a friend of mine. His name is Elias Salloum. He was forced, like lots of young Syrian men, to fight with the government army. Till the unfortunate day came, it was on November 5th, 2012. Elias was fighting along with his fellow soldiers in Doma (the Damascus countryside) and was shot in his stomach and passed out. The only soldier who was near him had to move on and leave the place.

When he came back the next day with a group of soldiers to collect the injured and the dead, to his surprise, Elias was missing.  No one could figure out if Elias was dead or alive or how he became missing. As of today, Elias is still missing. His family had a memorial service for his soul, and is acting as if he’s dead. 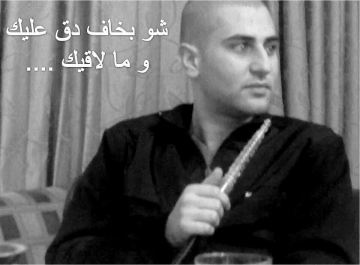 Elias was a very good person and loved by everyone who knew him. I asked him once for a favor, and he helped me. He took me in his car, putting himself in great danger, to take me back to my home  in 2011. I ask that everyone who reads this story pray for Elias, even if he’s dead. Some of his friends still believe he’s alive. I certainly hope so.

Sophia’s Pockets is a website dedicated to global spiritual journeys intent on sharing wisdom beyond walls.
View all posts by Sophia's Pockets →

10 thoughts on “A Crazy World”